The break for freedom wasn’t off to a good start.

Packing the 4Runner and drying out the tent.

When we arrived at Overlander Oasis we carefully prepared our tent for the three week’s storage. The three weeks turned in to more than seven.

The first of the wet-season rains turned out to be too much for the ageing cover. We opened the tent to confirm that all was in order before departure. It wasn’t, there was now a thriving mould colony living inside our tent.

This seemed like a fantastic excuse to stay on a bit longer. 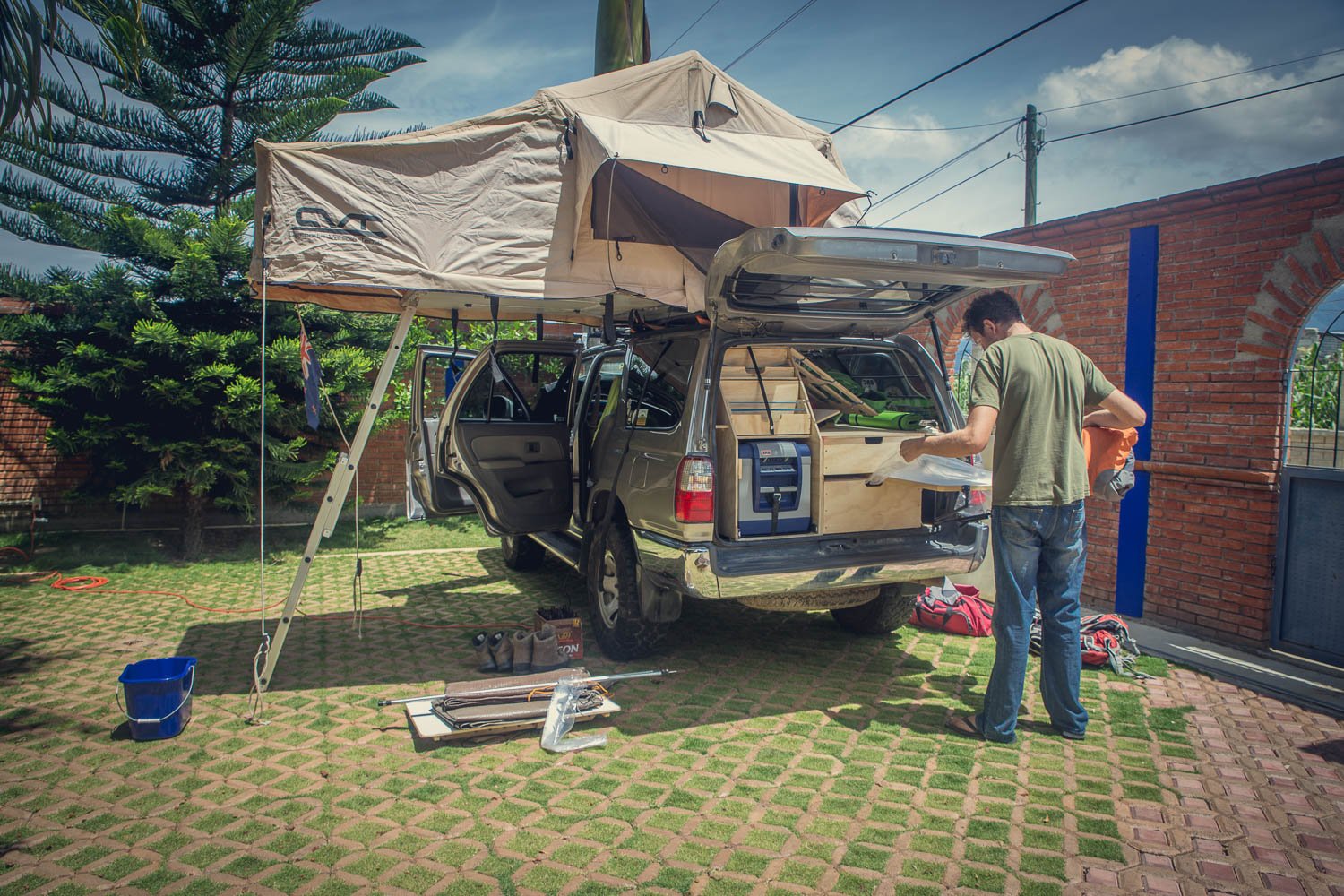 We were ready to drive… north.

(What, are you surprised? you shouldn’t be)

We’ve never claimed to have a good sense of direction re: heading to Argentina.

We were hoping to spot some fireflies. Which apparently aren’t that exciting for people who grew up with them in their back yard. They have the opportunity to get over their firefly enthusiasm at an early age.

In New Zealand we don’t have fireflies. We have gloworms—which I guess are a sort of lazy firefly that just sits in one spot, in caves. But I digress—it isn’t the same thing.

By this point, we had of course seen some fireflies already. But we were still at the point on the ‘firefly timeline of appreciation’ where at least one of us squealed with delight when we spotted them.

And it wasn’t always Emma.

We just hoped that the numbers we were going to see in this forest would make it worth the drive.

Having recently upgraded the interior of the 4Runner, we were ready to camp. We anticipated a grand first night on the road.  We saw ourselves camping somewhere scenic. Enjoying cold beers from our new sliding fridge. Sitting outside in the cool evening air under our outdoor lighting.  Cooking up a delicious meal using our new fold out bench—which include a spot for the stove. We expected to be saying things like “Can you pass the good knife, I believe it is in the bottom drawer.” and “Oh, it is a bit chilly, is my sweatshirt in the cupboard with yours?”.  “Have you seen the nutmeg? I think it is on the top shelf of the spice rack.”

The scene of our first night camping in 7 weeks didn’t quite play out as expected.

We found ourselves parked in the middle of a boggy field. Soon to be surrounded by ankle-deep surface water. Icy rain was pelting down on our recently dried and de-moulded tent.

Our camp spot was outside a swimming complex that may have been quite pleasant in warmer weather. That is, if it hadn’t been closed for cleaning.

But we were grinning from ear to ear.

We were inside, sitting on our newly rebuilt back seat—now a comfortable couch. With our new inside table set up, watching a movie on Ben’s laptop. We were inside and all the rain was outside—Win!

After another day of driving we arrived at the nature reserve that housed the magical fireflies.

This was more like it. Sure it was a little bit freezing cold, but the forest was pretty. It was nice to be camping again.

We celebrated with a beer and said things like “Have you seen the nutmeg…” etc.

Dusk slowly rolled around. We weren’t sure of the best spots to view the fireflies, we were too cheap to spring for a guide. We simply took one of the short walking trails up from our campsite into a clearing in the woods above. 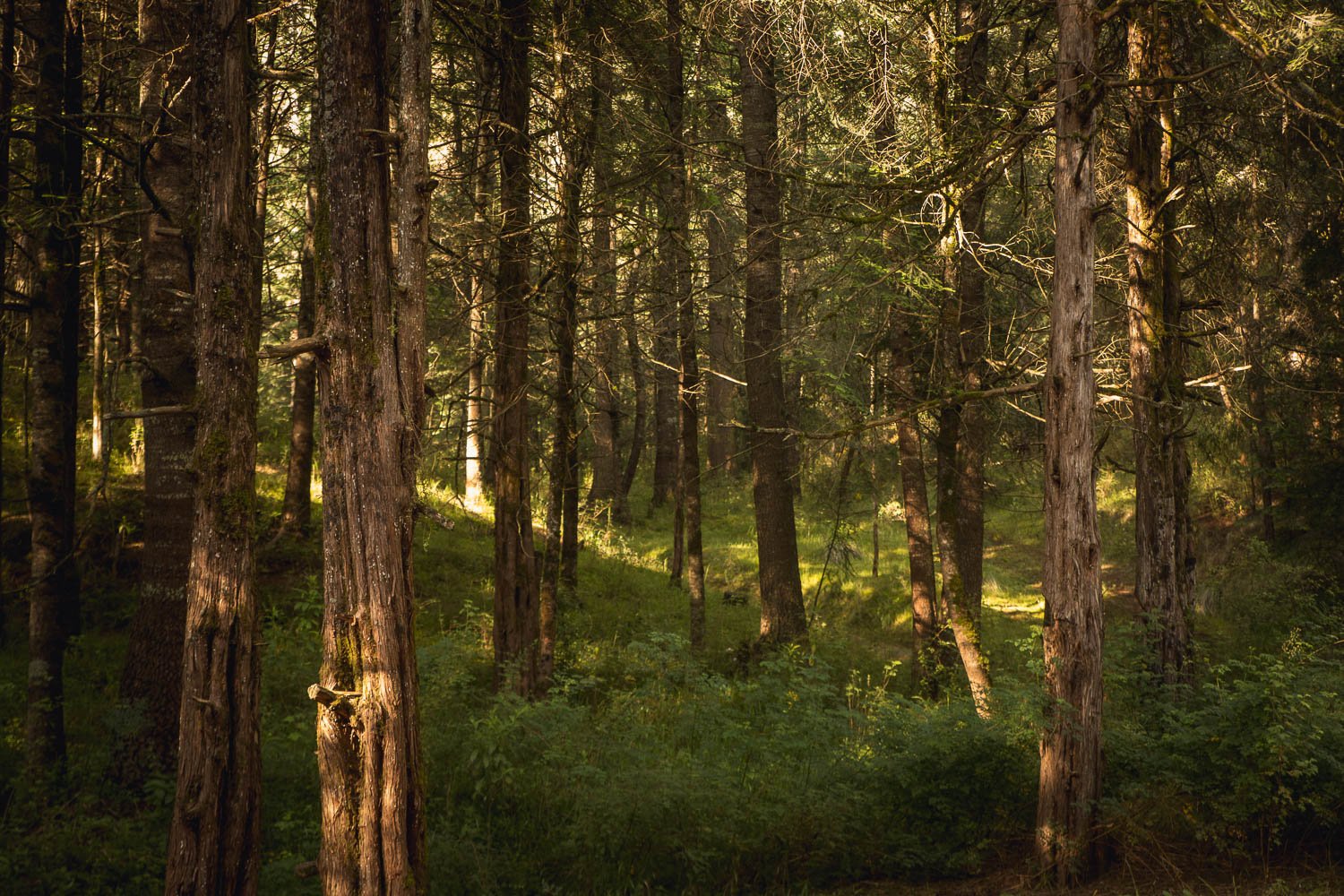 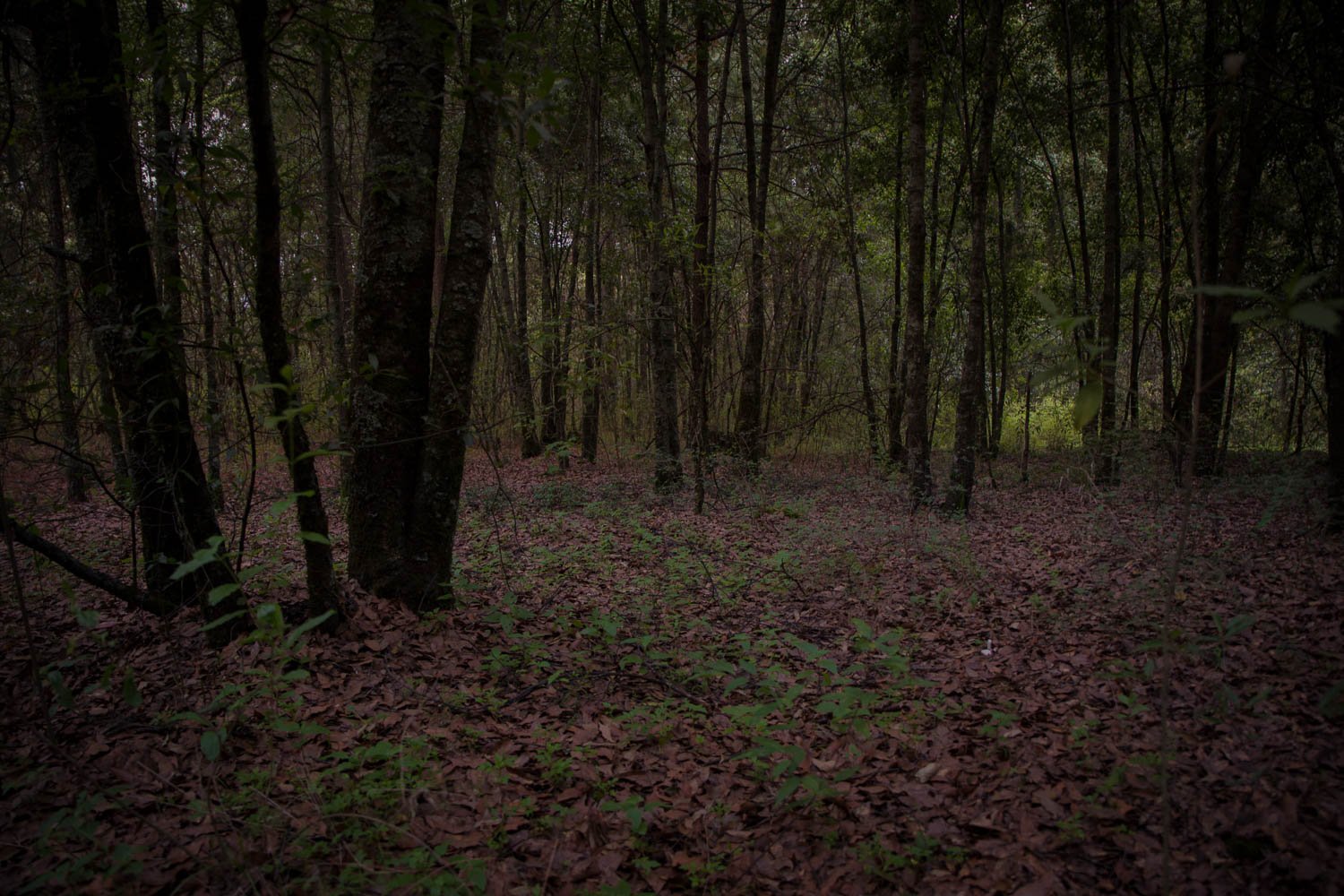 “So, Emma. You said these things should have been out about half an hour ago.”

“I haven’t even seen one. Perhaps the internet was wrong.”

“Do you think we’re in the right spot?”

“Did the internet say where the right spot was?”

“Did the internet mention how many we would see?”

“So there could be… say two or three and they could be somewhere else?”

Ben was suitably unimpressed about the wait in the cold with a chance of possibly spotting an unknown quantity of fireflies.

Luckily as the forest got darker the first specks of light began to appear. 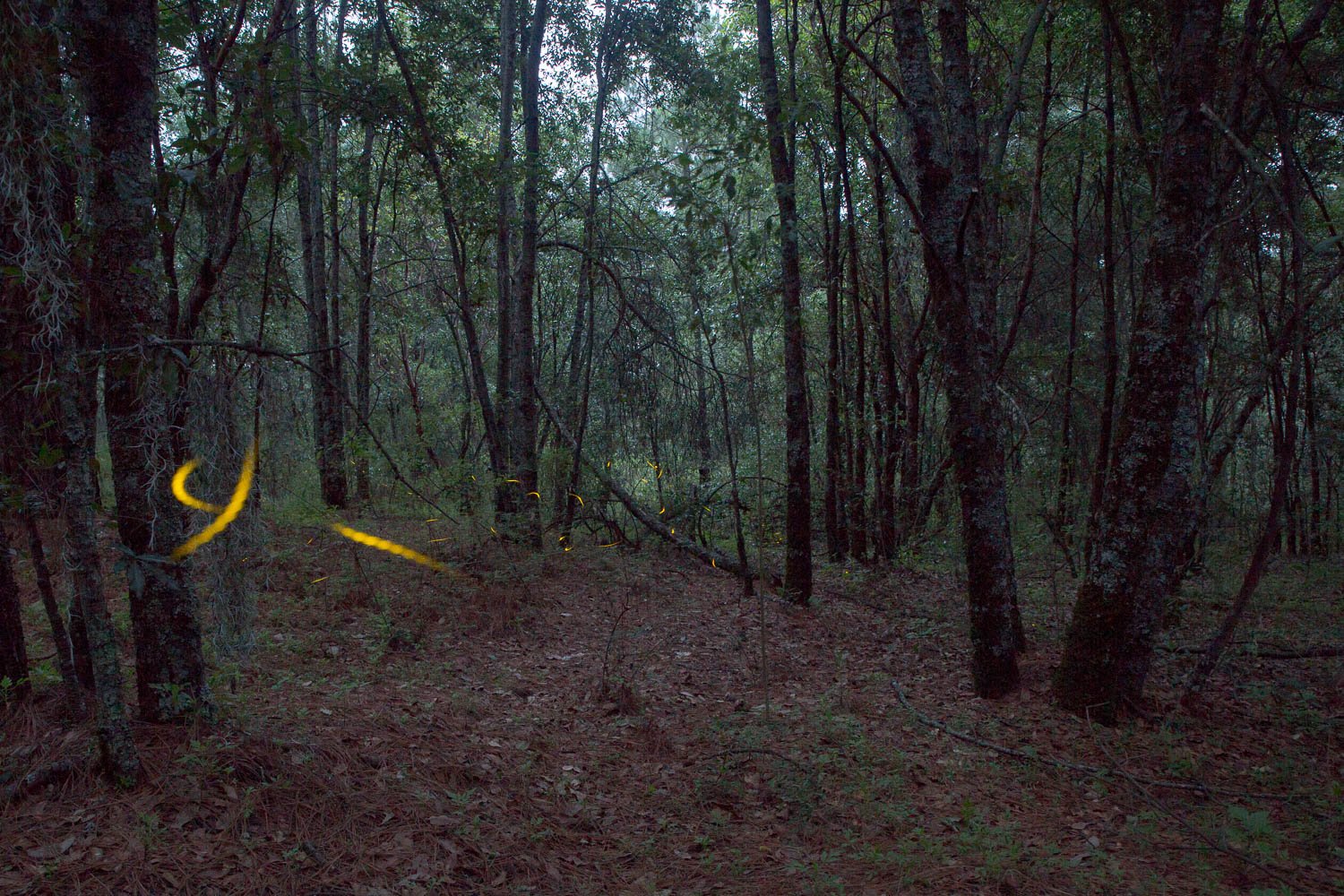 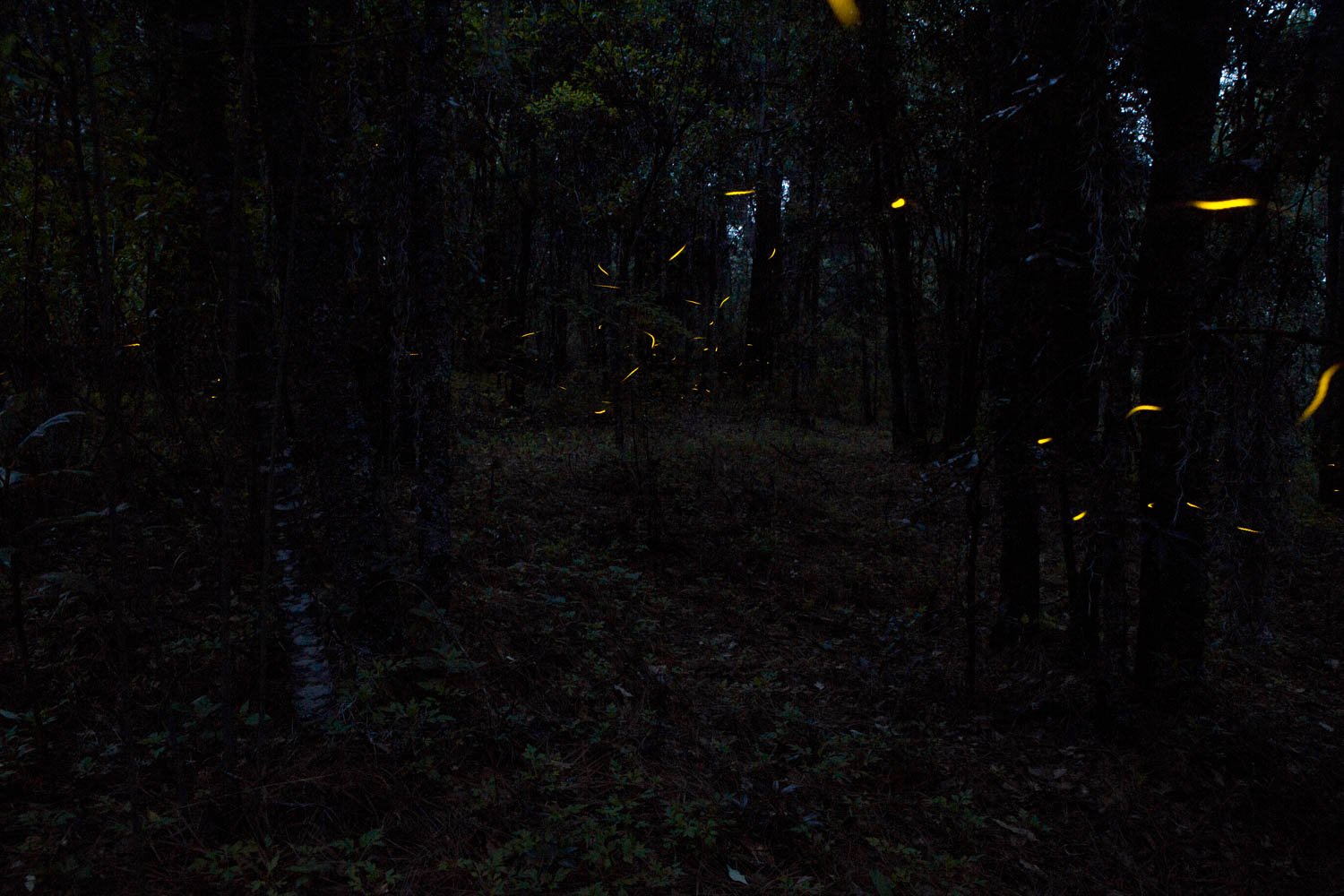 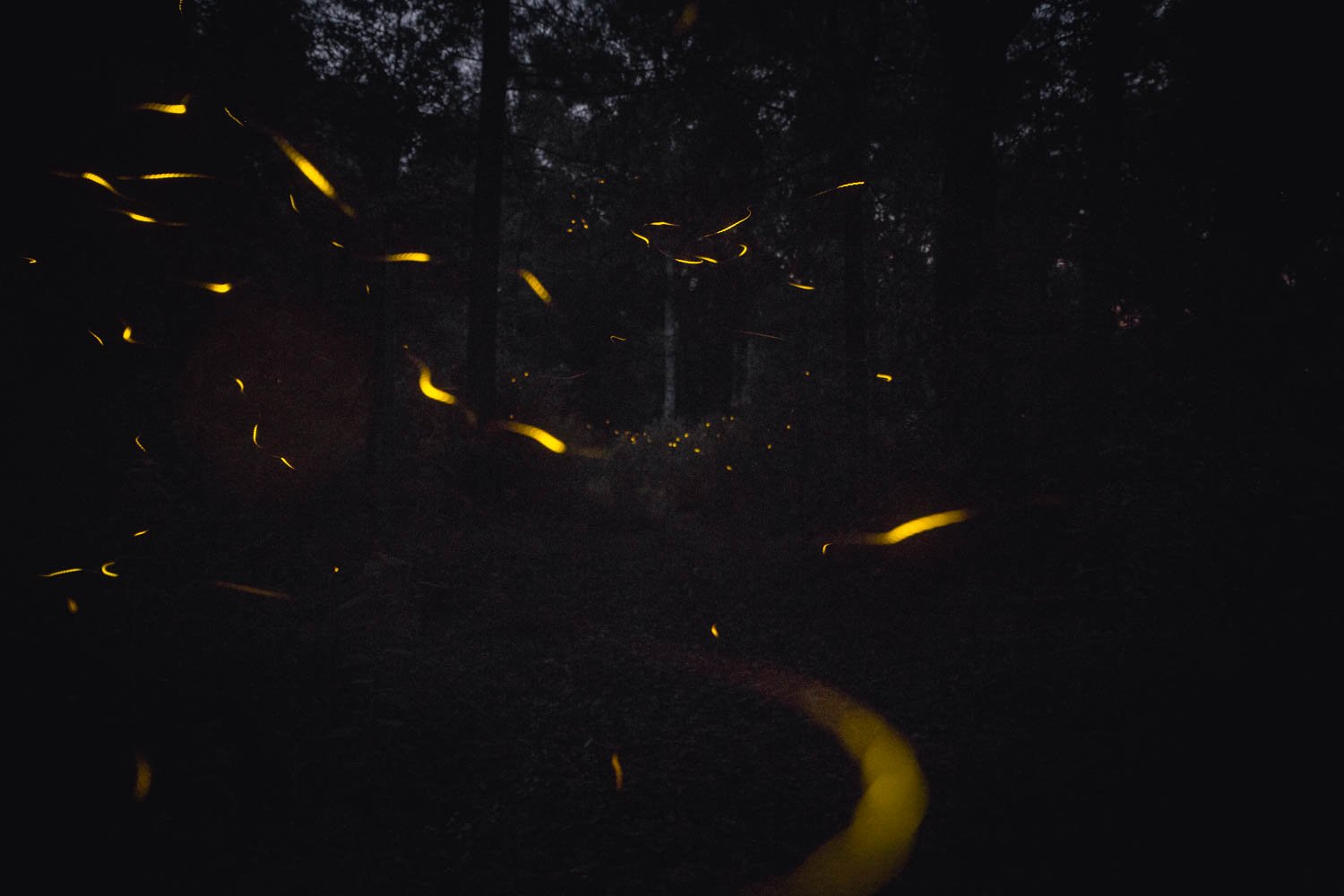 There were indeed lots. 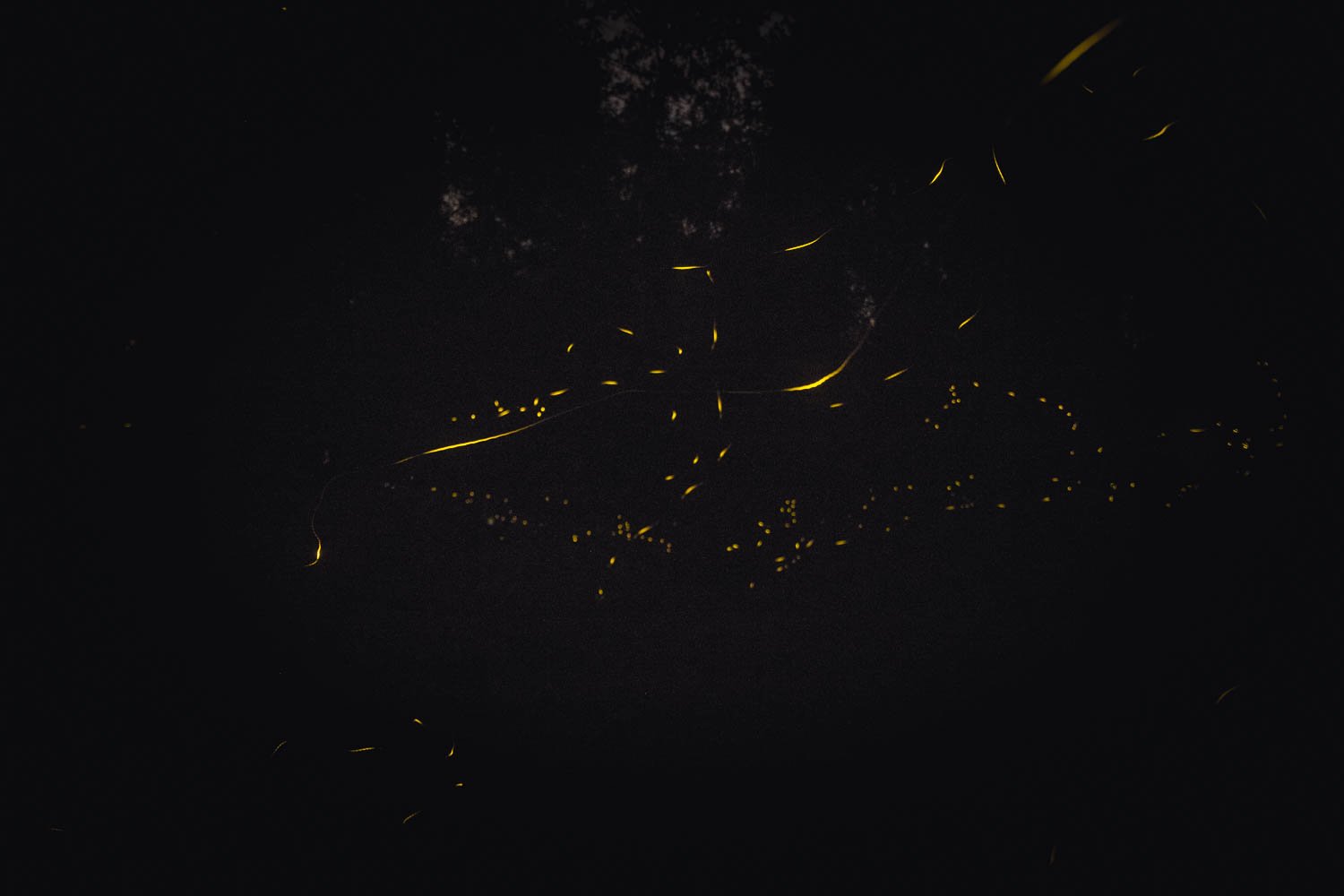 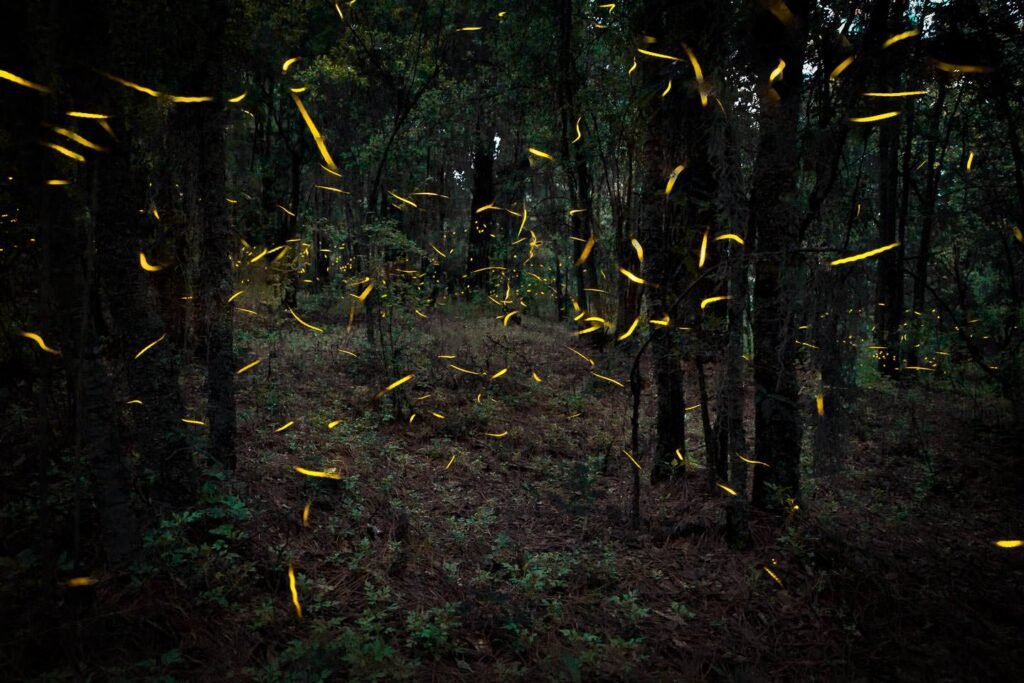 It was indeed a magical faerie forest full of fireflies.

Worth the two days drive?

The real highlight for Ben was stovetop coffee the next morning—brewed on the new conveniently located stove. Fancy. 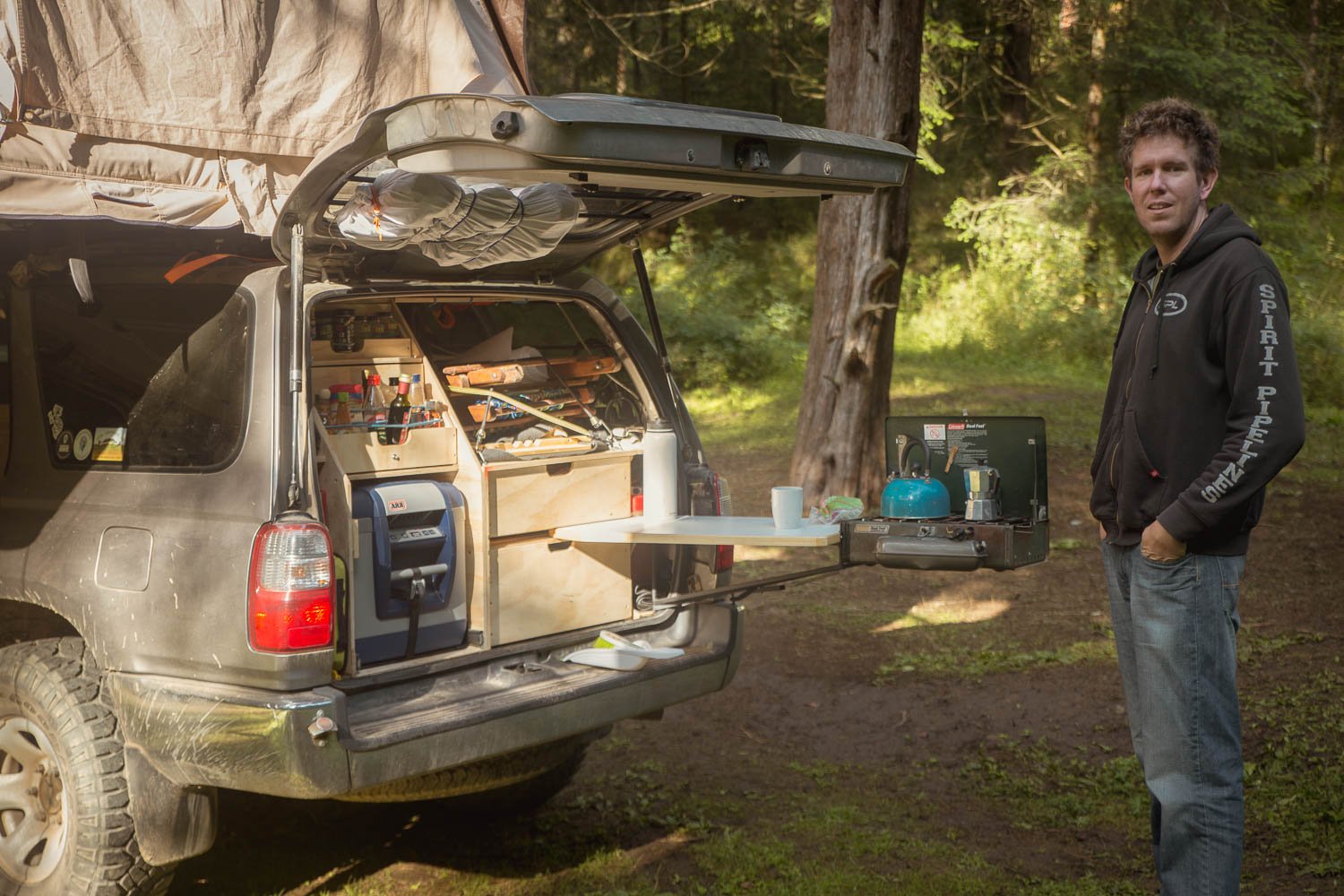 Where to next? Well, unsurprisingly, we had plans to go back to Oaxaca. But first, we had a few days to spare. Perhaps we should climb a mountain.

Seriously Colorado! What is open?

END_OF_DOCUMENT_TOKEN_TO_BE_REPLACED

See also  Would you like fried tarantula with that?

This is the one. This is the post where we finally extract ourselves from the seemingly inescapable vortex of Santa María del Tule.

Don’t get too excited. We only drove a few kilometres down the road.

[…] a brief excursion to Tlaxcala and Puebla. It was time to head south again. We would of course be lying if we said we had made […]

[…] a brief excursion to Tlaxcala and Puebla. It was time to head south again. We would of course be lying if we said we had […] 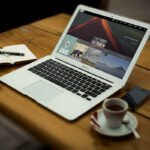 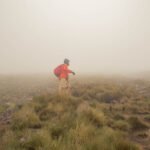