Before we left on this trip, we had a habit at home of walking up steep hills.

We’re not mountain climbers by any stretch of the imagination. But we like walking up hills that don’t involve any technical climbing.

There was one time in New Zealand when we decided to walk up Mt Hutt. It is actually a ski field and you can easily walk the last few hundred metres from the car park to get to the summit (2190m).

But on that occasion we opted for an alternative approach, starting at the bottom of a valley, almost 2000m below.

The summit above had been clear when we left, but as we climbed, cloud rolled in. Nestled in a cocoon of thick nebulous nothingness there was no view from the top.

That wasn’t the memorable bit though. As we started to wander down, the air felt different. The hairs on the back of our necks were sticking up. Crack! The loudest crack of thunder you can imagine broke the serene silence of the cloudy ridge line.

Looking around the barren rocky scree slopes of the summit area, we realised that we were by far the tallest things around. (Yes, even Emma). You have probably never seen two people run down a mountain so fast. We slipped slid and scrambled our way back down to the valley with thunder and lightning crackling and rumbling in the clouds around and above us.  We learned our lesson about exploring in thunderstorms and avoided being struck by lightning. A good day.

During our travels through the Americas however, we hadn’t been doing any of this. There had been so much else to do. We had somewhat forgotten about walking up stuff.

It was time to remedy this. Malinche or Malintzin (it seems you can call it either) was in our sights. This is a volcano in Tlaxcala (and Puebla, it’s quite big).

Upon checking the height of the summit on Wikipedia, it seems that the number we read 4,461m is its official height, but it is more likely only 4,440m. Either way, it is tall.

On this occasion, we opted to start at the conveniently situated Centro Vacacional Malintzin. Rather than starting at the base of the volcano, this meant we got a good head start at 3,080m. Leaving only slightly under 1400m left to climb. Also there were hot showers. And our 4Runner was much more luxurious than it had been.

After a couple of grey cloudy days, it was great to see clear skies on the morning of our departure.

We faffed about a bit and made coffees in our nice new kitchen setup. Finally departing much later than intended, but suitably caffeinated.

The walk up started with a path that cut straight across the sinuous curves of a switch back access road. Despite the altitude, this was a fun wander through a peaceful forest.

It became steeper and steeper until we were finally ejected onto a verdant plain under the shadow of the craggy peaks above.

As we followed the grassy plain the landscape became more volcanic, but also reminded us of the tussocky mountain tops of home. We were enjoying the walk. Although some of the steeper sections would catch us pretty short of breath in our unfit, unprepared for altitude state.

Then the cloud rolled in.

It looked like a view from the summit would be out of the question. But we were committed now and wanted to make the peak.

As we walked the visibility reduced more and more.

It turned out that they weren’t just clouds, they were storm clouds.

First, icy rain chilled us to the bone. Then—a relief, the icy rain turned to hail which was a little less damp.

Distorted volcanic shapes reared out of the mist in front of us. The steeper it got, the closer we knew we were getting to the volcanic summit.

Soon we were scrambling over boulders and loose rock, we must be within a cooee of the summit. We glanced at the GPS to check, it looked like there wasn’t far to go. But we couldn’t remember the exact altitude of the summit. We could be further than we thought.

See also  A small bite of the Big Apple

We definitely weren’t going to get a view. Chilled to the core, the icy wind buffeted us about like rag dolls. Well, buffeted Emma, Ben is much sturdier on his feet and provides greater wind resistance. The howling wind was forcing us to squint out of half closed eyes and grit our teeth against the cold. We were out of breath. Exhausted. But we were nearly there. Our only concern was that we really couldn’t see where we were going, visibility was down to a metre or so. Perhaps we should drop back down to some shelter, stop for a hot cuppa and wait and see if things improved.

Then we heard it. The loud rumble of nearby thunder. Crap.

Based on our previous experiences, we weren’t waiting around to see if our hair stood on end. We were getting out of here, we turned tail and scampered back down the mountain like the cowards we are.

We stopped to make a warm cuppa. Hoping make ourselves feel better about being so close to the summit and then cowardly turning tail and running.

We listened to the storm grumble above, then watched as the cloud started to clear.

Maybe we should have stayed up the top and waited it out.

We could walk back up and have another go.

Nah. There’s hot showers and a friendly puppy at the campground. Let’s go.

We checked the GPS and the height of the mountain, it looks like we had still fallen short by 80 metres.

You’ve won for now. But we’ll be back one day Malinche.

We ended up in Kennecott because a lady in Homer mentioned it to us once, she said we’d probably like Kennecott and McCarthy, but didn’t really elaborate too much. We weren’t really sure why we were going there:

We started the drive towards McCarthy anyway.

END_OF_DOCUMENT_TOKEN_TO_BE_REPLACED

See also  A small bite of the Big Apple

The Copper Canyon had provided its fair share of ups and downs.

Both literally and figuratively.

END_OF_DOCUMENT_TOKEN_TO_BE_REPLACED

Wow, I love the new look of the site. Loads super quick too!

Thanks Karie 🙂 Hope you guys are still loving your new exciting farm life!

Thanks, we might not reach the summit of mountains we climb, but hopefully we can at least write a few more posts 🙂

Ahh, reading your adventures makes me miss travelling so much! Hoping to do the Pan-American route too, after uni 🙂

That sounds like a good plan! Just let us know if you have any questions about getting started with your trip. (Although planning tends not to be our strong point)

Ben is lucky I had to carry you up the hill

You know, now that you mention it…maybe I should suggest that to him as an option in the future! 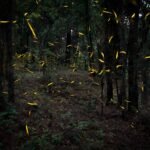 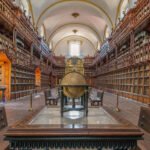