Emma had spent the entire trip through Canada peering hopefully into all the lakes and rivers trying to spot a beaver. Justin Beaver was not keen on making an appearance however.

These elusive ‘Justins’ (as they soon became known on the trip) seemed to be hiding from us.

We spotted plenty of other wildlife: bears, deer, sheep, goats, foxes, but no beavers.

Well, except one plastic one in Whitehorse, but we don’t really feel that this counts. 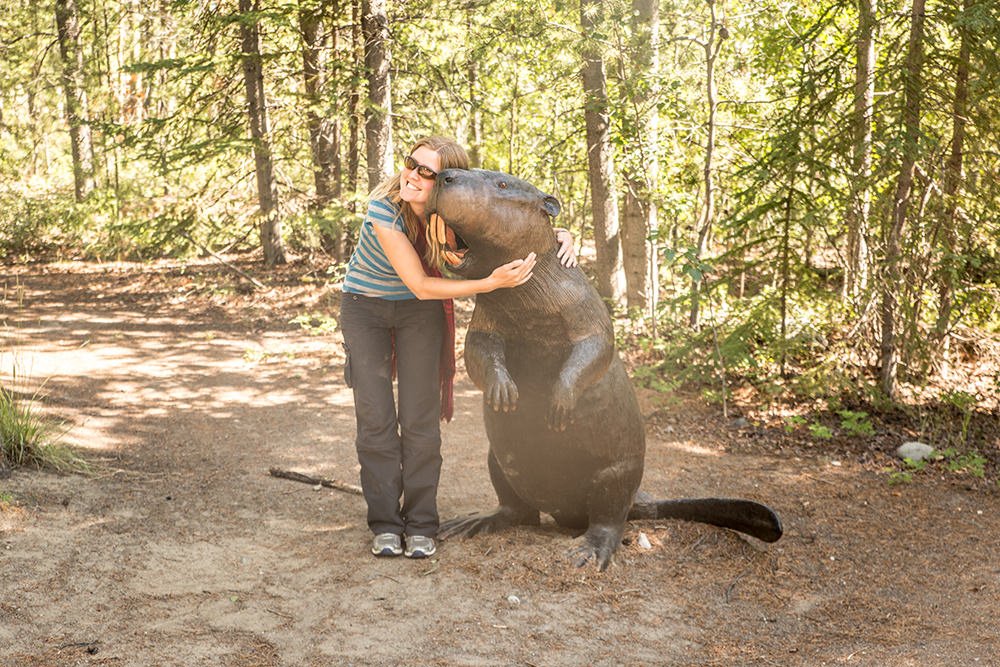 We even saw plenty of their constructions (and trees with their teeth marks in them).

As the trip continued we became increasingly concerned that we wouldn’t even see one. We were at the point of either going to the zoo or disassembling a beaver lodge stick by stick until we found one.

After encountering some of the tastiest food of our trip so far at the Sausage Factory in Smithers.  We somehow ended up enjoying the spoils of our shopping expedition in the late afternoon sun on the shores of Uncha Lake at Moosehorn lodge. We’re not quite sure how we ended up there without any planning, as it involved a detour from the main highway by road, followed by 30 minutes on a ferry. But sometimes without any planning, you end up visiting some pretty magical places. 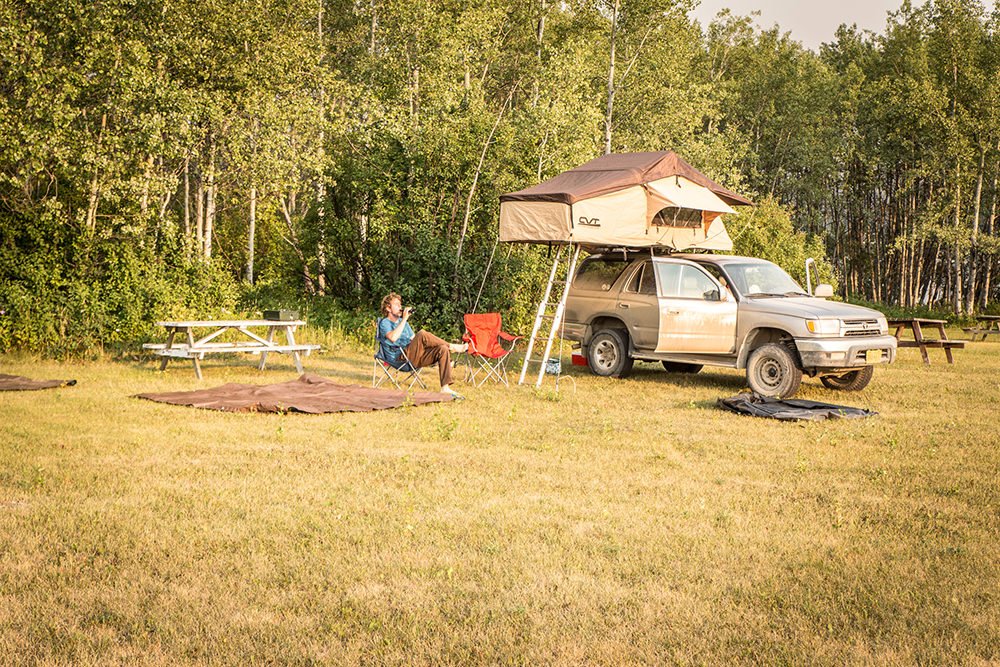 We wandered down to the lake shore to take some photos of the impressive sunset. 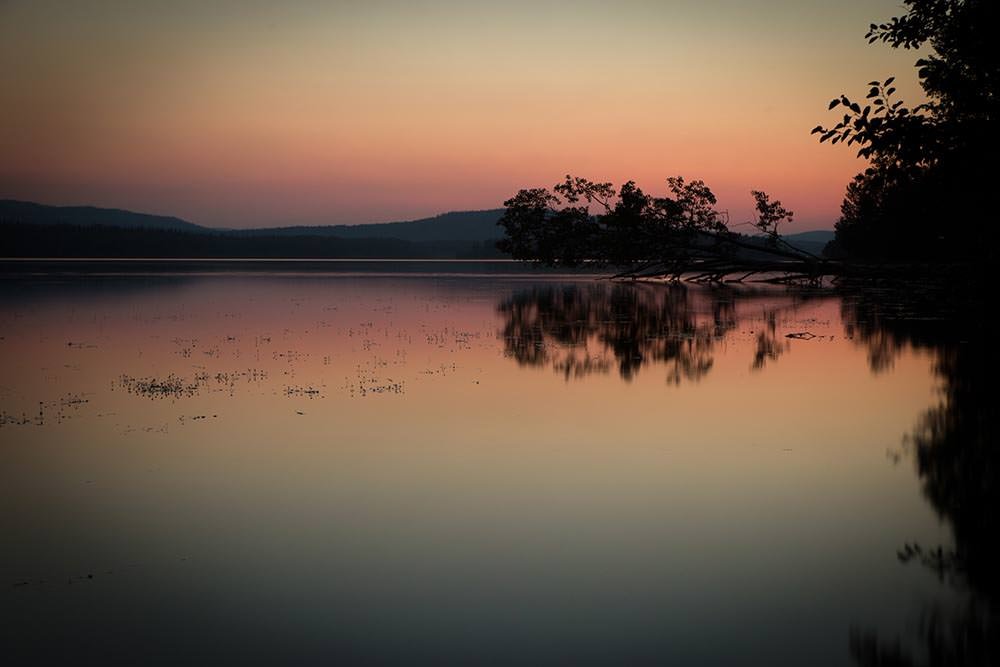 But as the sun sank below the hills behind the lake we heard a hopeful sounding sawing on the tree jutting out into the lake. In the distance we could just make out the silhouettes of two beavers gnawing away on the tree.

Finally! Although in all fairness, the low light meant that we really didn’t get a good look at the wee critters, but we think the sunset itself was impressive enough, so considered the presence of not one, but two (not so angry) beavers was a bonus.

But what could be better than finally spotting the elusive Justin Beaver—I hear you say?

Well, a 160 lb Giant Malamute resting his paws on your shoulders, obviously. 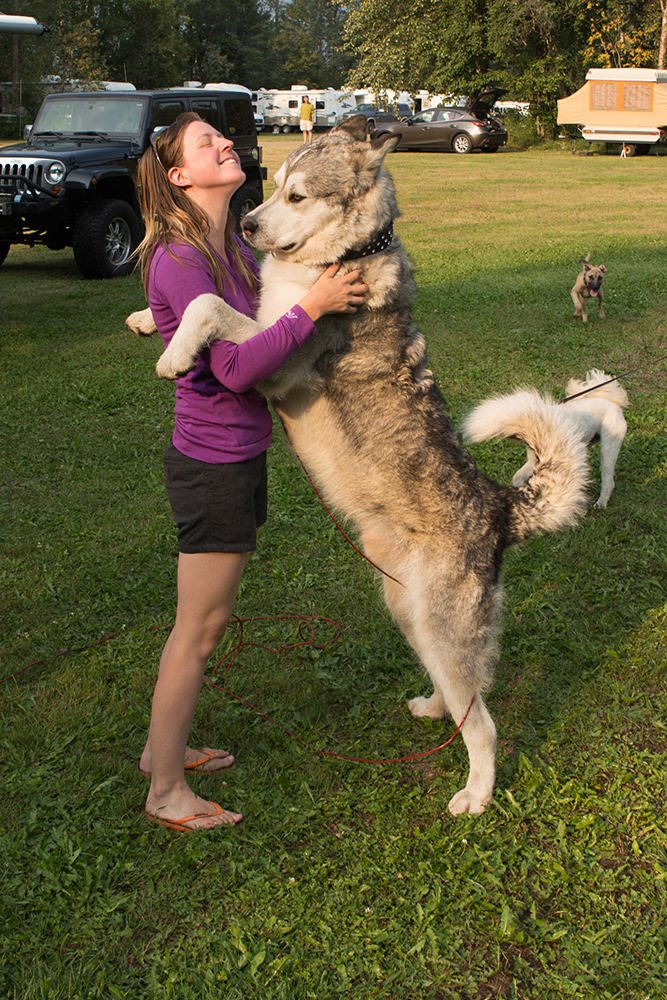 Yes. This is a real dog. He belongs to real people. We met them at a campsite in McBride.

His name is Lincoln, in the background you can see the wee three-legged Tex (aka. Nugget) running around at pace. There was no stopping that wee guy, certainly not long enough for a photo anyway.

Lincoln’s family were pretty cool, they introduced us to Budweiser and Clamato. Which given our preference for craft beer sounds like a poor judgement call, but it actually pretty tasty. (Clamato is as it sounds, tomato juice with added clam. Yeah, I know, Canada can be a bit weird, but we all know they were right about Maple Syrup and bacon, so give Clamato a chance!)

They wouldn’t let us keep their dog, but they did send us away with some warm jumpers, so now every time it gets a bit chilly, we pop our jumpers on and wonder if we should get our own Giant Malamute.

Not sure where we’d fit a dog that size in here though… *sigh* one day! 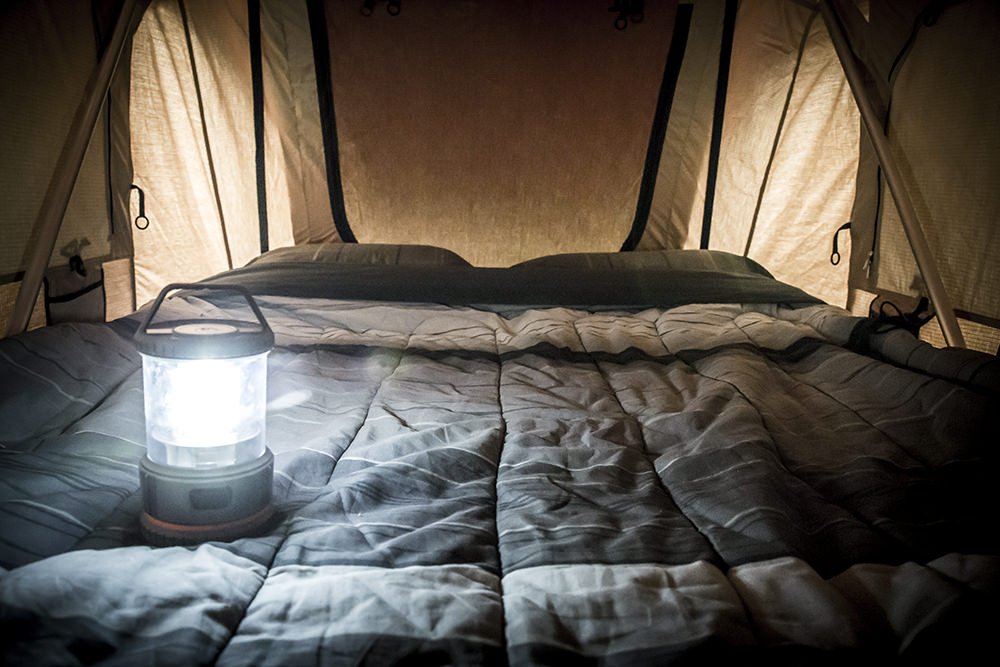 Ferries taken: The same one twice.

Beavers spotted: Two whole entire beavers, plus one plastic one.

Recommendations to other travellers

The Sausage Factory In Smithers, BC. Magic. Deli meats, cheese and most importantly, Dutch liquorice chalk—one of our all time favourite foods. So happy now.

Spirit Pipelines. Not really in the market for any pipeline work ourselves, but the owners were some pretty cool folk.

Moosehorn Lodge A friendly, helpful bunch and an amazing location, well worth the detour from Burns Lake, we should have stayed longer.

END_OF_DOCUMENT_TOKEN_TO_BE_REPLACED

“Things won’t get any worse than here, other parts of Cuba will be much more enjoyable.”