The new Paparoa great walk (in a day)

The Paparoa track on the West Coast has thus far not been the easiest of New Zealand’s great walks to enjoy. Not because it is either more arduous or logistically challenging than other options. It’s simply because it refuses to stay open for very long.

A foolhardy attempt to civilise a wild corner of our rugged South Island? Maybe…

Worth taking the time to walk it? Definitely!

The planned opening date for the new track was December 2019. But Mother Nature had other ideas. A slip forced a closure of the middle section before it even opened. Despite some initial wishful thinking this closure extended until the start of March. DOC warned that the track would be partially closed again in May. This left a narrow window to enjoy the entire track before winter. *

*(This turned out to be narrower than we expected…but only because a global pandemic led to a country wide lockdown in late March. Nothing too out of the ordinary.)

The 20 bunk huts were all booked out for March. Lucky for for us our plans didn’t involve stopping for a snooze.

Weather looking good, a few last minute messages bounced around. Soon we had three groups organised to walk and bike the track. Our group of five starting at the Blackball end of the walk. We’d be swapping car keys with two pedestrians and two cyclists from the alternate starting points at the Punakaiki end. Which on the face of it, may sound entirely confusing and illogical… but it all worked out perfectly.

Our group stayed in Arthur’s pass the night before to reduce the driving time to the start of the track the next day.

To allow enough time for the 55km walk, an early wake up was still required. Bleary eyed, we grumbled* our way out to the car in the dark.

*(well, ok, I grumbled, everyone else seems ok with mornings)

By the time we rolled into Smoke Ho carpark at the Blackball end, the sun was up and the mist cleared. It looked like we were in for a fantastic day.

Starting from this end, you get most of the uphill out of the way early in the walk. It looked rather steep on the track elevation profile.

As the slowest member of our group at walking uphill, it was with some trepidation that I began trundling. Expecting at any moment to hit a steep uphill section that would sap my energy for what promised to be a rather long day.

That steep uphill section never eventuated. After a bit of debate, we confirmed we were infact walking uphill, it was just very, very gentle.The track zig-zagged its way up at a delightfully non-threatening incline. Leading us through lush, green West Coast foliage, as far as the Ces Clark hut. Nestled into the last few scraggly remnants of trees, right on the bushline.

From there it was a meagre 45km of undulating rambling, (trending downhill) to the coast at Punakaiki.

Sure. Yeah, another 45km. No problem.

The first stretch took us along the ridgeline to the shiny new Moonlight Tops hut. This section was scenic enough.

However, it paled in comparison to the next section between Moonlight Tops and Pororari Huts. This new section of track spectacularly showcased the rugged expanses of Paparoa National Park.

The trail led us along narrow ridges, with sheer cliffs plummeting straight to the thickly forested valley below. It wound through mossy glades, stands of ancient, knotted trees and fern filled gullies. We passed the newly repaired sections of track, clinging to crumbling mountainsides.

It was in the 20km between these two huts that we crossed paths with the groups going the other way. A quick trade of car keys, track descriptions and assorted idle banter and we were on our way.

It felt like we’d barely started the walk and there we were at Pororari hut, only 16km left. Well, our legs were pretty sure we had started, but it was surprising how quickly the first 39km had passed.

In comparison, 16km really doesn’t sound far at all. However, I think by this point Ben regretted his last minute decision to swap from cycling to walking. His new shoes had become blister factories and he was probably starting to remember why he didn’t like walking with me. 55km seems a lot shorter on a mountain bike!

Luckily, the last section along the Pororari gorge is arguably the most scenic part of the whole walk. So there was every excuse to slow down and enjoy the scenery whilst nursing assorted blisters and stretching aching calf muscles.

We didn’t take it too slowly, there was a pub dinner waiting for us at Punakaiki… well ok, it wasn’t actually waiting. That was a good thing—otherwise it would have gone cold, it had been a long day. The important thing was that the pub was open. It was bustling with walkers, cyclists and trail runners—some of whom had passed us during the day.

Which brings me to next summer’s goal…all those zippy runners inspired me to have a go at trail running. I’m hoping to have another crack at this trip next summer. I have my fingers crossed that this spectacular track will survive the coastal rain be be open again by then!

Although, after speeding through this trip once, it is one I would also like to revisit to take the time to do over the suggested three days.

If you’ve got the energy and haven’t made a hut booking, zipping through in one day is all well and good. But if you have more time and feel like planning ahead, it would be a place worth spending more time.

Take in the sights, enjoy sunset from the comfortable new huts.

But either way, make sure you stop at the pub in Punakaiki for some post trip nachos!

Our nation was recently released back into the wild. New Zealand stepped down a grade from its ‘Level 3’ COVID-19 lockdown to a (much more conducive to adventure) ‘Level 2’.*

*Basically this meant that we could start hanging around in groups outside our household ‘bubble’ and get out and about tramping and adventuring again.

We opted to avoid the classic ‘Into the Wild’ adventure (subsist on dodgy berries/seeds alone in the wilderness). Instead keeping things a little more laid back, with a womble to Cedar Flat hut (better than a rusty school bus) and hot springs, (by all accounts warmer than the Teklanika river).

END_OF_DOCUMENT_TOKEN_TO_BE_REPLACED
See also  You've goat to be kidding me

Amazing. Added to my hiking Bucketlist!

FK,
I’m trying to encourage my buddy to do Ces Clark to Pororari Hut in a 1 Day hike with me.
Moonlight is always booked out and it would allow easy first and third day.
How much time would you expect? Is this section easy to enjoy while underway?
Leave hut by 8 with troubles
Cheers!
Tbone

Definitely do-able as a longer day (with the heavier overnight pack vs. what we did), pleasantly undulating with just few hillier bits near the end. Sounds like it’s a pretty common issue with Moonlight being booked out. It’s a scenic stretch but there’d still be time to enjoy the view. 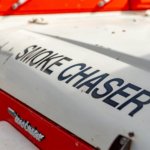 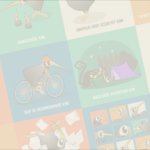