Damp days and the delightful denizens of the dense Belizean jungle

The weather became increasingly grey during our second visit to Belize. Nonetheless we found ourselves as in love with the country as we had been on the sunny beach side town of Sarteneja.

But not Placencia. We still didn’t like that place.

With our fridge full, but not quite full enough with chocolate, we made our way to Placencia again. We thought it was only fair to give the town a second chance.

We hadn’t enjoyed our time there last time, so we decided to revisit the area and see if we enjoyed it more this time.

I completely neglected to take any photos while we were there this time. I can confirm that we still weren’t sold on the area, although the rainy weather didn’t help.

Time to drive back inland.

Belize it seems still contained some hidden treasures in its jungle-lined interior.

During our travels, we have been avoiding zoos for the most part. We are always worried that they will be depressing places full of sad animals. We can’t help but be a bit guilty thinking that these critters would rather be out frolicking in the wild than being gawped at by us. You know, if there was any wild left for them.

Several friends had mentioned that Belize Zoo was actually a a whole lot of fun to visit. Home to many rescued animals, it is the only way to catch a glimpse of much of Belize’s native wildlife without being very patient and intrepid. Neither of which are qualities we are known for.

Probably the most entertaining critter we met was, however, the tapir.

See also  All the butterflies are dead

But wait! What exactly is a tapir?

Much like quetzals, I had quite comfortably made it into adulthood without having any idea what one of these critters was.

This is a tapir. Still not really sure what it is. I’ll call it a sort of hippo-anteater-pig-elephant.

We followed up the zoo visit with a trip to see a few wild howler monkeys.

We asked a local guide to take us closer to the source of the ungodly howling. It wasn’t long before a troop of monkeys slid gracefully down from the trees above.

When our guide offered them a tasty snack, we ended up with a much closer encounter than we had expected.

After our animal encounters, we returned to San Ignacio. This had been our home base for exploring the Mayan underworld on our last visit.

On our return visit the river was a lot higher and the campground a lot damper.

Rainy weather means that the ants look for somewhere above ground to camp. Despite the leaks, our tent is a desirable option for mobile ant colonies. These guys were not the first and, along with the smaller colony in the door panel, would not be the last.

It was at this campground, that, for the second time in Belize, we met a couple of overland travellers with a silver 4Runner.

This time, it was Amanda and Travis with their trusty 4Runner, Bruno. (Freedom with Bruno). These guys aren’t just going on a road trip though. They worked hard for several years and retired in their 30’s. Wish we’d thought of that sooner!

But we hadn’t come to Belize just to hang around San Ignacio at chat to retirees (even ones closer to our age than the usual kind). Rather than going straight back to Guatemala, we explored the area a bit more.

On our last visit to Belize, Emma had really wanted to go cave tubing. We were distracted by a sudden desire to return to Mexico, so this trip never eventuated.

This time, we camped near the entrance to a cave that offered a tubing option, planning to catch the morning tour. While we waited, we explored a nearby dry cave. After fighting our way through swarms of aggressive mosquitos we arrived at the cave entrance. 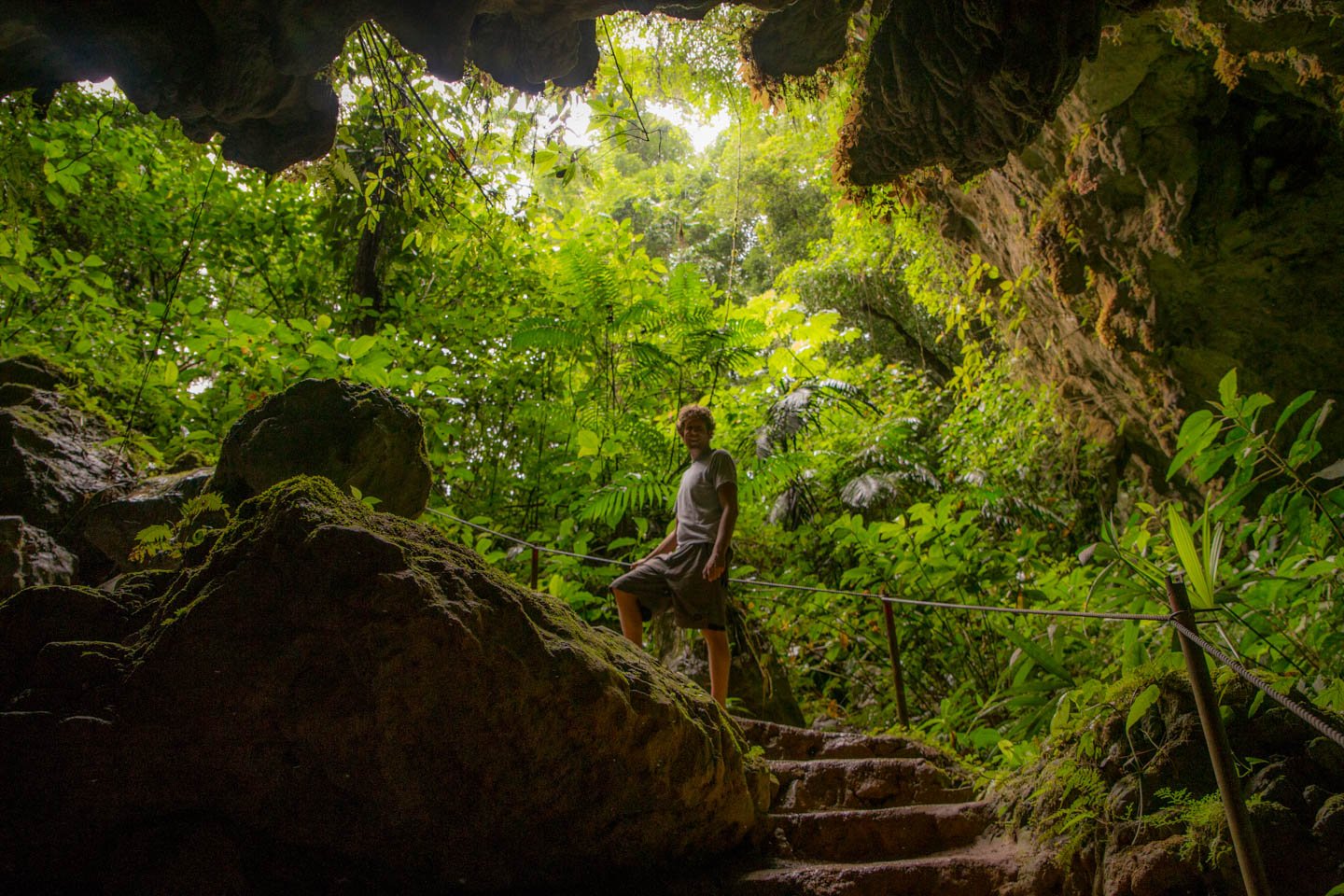 Somehow, not as exciting as cave tubing though.

Sadly, the cave tubing excursion was not to be. After another night of heavy rain, cave tubing was off the cards. The offices were shut and a security guard sent us away saying that the tubing was closed until the rivers were a little less perilous.

We took a detour to visit what is known as the ‘inland blue hole’ instead.

It transpires that this too, is less than spectacular on a rainy day.

As the weather became increasingly damp, Guatemala started to sound like a good choice.

We drove back to San Ignacio once more.

The campground was both damper and fuller on our return.

From San Ignacio it was just a quick hop over the border and we would be back in Guatemala. Our brief, Belizean border run was over.

As a footnote. Are there any Belizean out there who know what this structure is. Elaborate mansion? Unfinished hotel? Incredibly elaborate phone booth? We’d love to know.

A life of travel is certainly not destined to be one of routine.

END_OF_DOCUMENT_TOKEN_TO_BE_REPLACED
See also  Can we keep her?

There were two options to renew our soon-to-expire Guatemalan visas.

Guatemala City is located an easy one-hour’s drive from where we were staying in Antigua. Option one. Clearly too simple.

A cross-country, multi-day road trip to Belize sounded like more fun. A lot more fun. Option two it is!

END_OF_DOCUMENT_TOKEN_TO_BE_REPLACED
See also  Shall we go to Belize?

Like you, I would love to know what that last picture of an incredible architecture is all about ?

It is amazing and wonder if the suspect who built it ran out of money or was sent to jail ?

Where exactly was it since I would really be interested in buying it.

I’d love to know the back story too! I hope someone knows. If I remember correctly it is near San Ignacio, but still a wee way out of town…

Wow, beautiful pictures of the animals and that bad ass eagle, wow. Yea, I would like to know what that mansion is too. 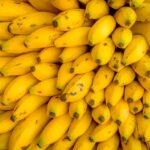 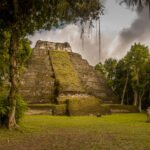