The mythology and magic of Atitlán

There is a legend that is retold often in the area, a legend that explains this magnetic attraction. It dates back to the time of the arrival of Spanish Conquistadors one of whom fell for a local lady. Feeling that he just wasn’t going to impress her on his own merits, he asked for assistance from a witch. She put a spell on a ring to make the wearer fall in love with the (otherwise undesirable?) Spaniard. The gift of the magic ring was then sufficient to woo the young Mayan girl.

Of course it wasn’t going to be a ‘happily ever after’ tale. We all know that magic rings work our badly for all involved. You must have seen that three-part documentary about the short people and the little skinny bug-eyed chap with the personality disorder.

This case was no different. The Spaniards’ commanding officer (clearly a grumpy old sod) wasn’t having a bar of this blossoming relationship, so opted to kill the young lady in question.

A bit of an extreme reaction, I think we can all agree. The officer couldn’t resist the shiny gold ring (clearly a bit of a thieving scumbag) so pocketed it for his own. Soon-after he began to ask deep soul-searching questions as he began to feel a powerful, irresistible love for the lonely conquistador. He assured himself that he still preferred lady-folk and blamed the magic ring. Which he promptly cast into the middle of the lake.

The tale doesn’t specify whether the lonely Spaniard and his commanding officer ultimately found true love (in one another, or with anyone else). But it does suggest that the magic of the ring was passed on to the lake. For this reason, those who arrive fall in love with the lake. These visitors find it very difficult, if not impossible to tear themselves away from magical lake Atitlán.

We are suspicious that the real reasons are the perfect combination of very friendly and welcoming locals, stunning scenery and delicious food. Well, these benefits combined with a mixture of bad roads and really steep hills that one must drive in order to actually leave the area.

Unsurprisingly there is a lot of magic, mythology and mystery surrounding this vast volcanic lake.

Some are local folk tales or urban legends. Many stories and characters of legend are tied to the mysterious rites of the ancient Mayan religion. Some of these religious practices survived the arrival of Christianity and are still preserved and practiced by many of the local people. Others have developed more recently as a blending of these two traditions.

One day while we were studying Spanish, we were invited to attend a Mayan ceremony being held at the family altar at the school. This ceremony was in honour of Maximón, a local folk saint. We were seated around the fire we watched on as the flames swirled. It was hard not to be mesmorised by the hypnotic rhythm as the spiritual guide chanted in a mixture of Tz’utujil (The local Mayan language) and Spanish. The energy in the air was palpable. The names of the sacred sites she chanted as she invoked a deep ancient magic were familiar to us. But that was about it. The rest was a complete mystery.

The flames danced wildly as the attendees cast their offerings into the fire and petitioned the oft-fickle saint Maximón for luck in their endeavours. We slid our candles into the flames with cautious optimism. Hoping that despite our ignorance, we would receive the promised luck in our travels.

Maximón himself is a fascinating character.

After discussing the mythology surrounding this folk-saint with my Spanish teacher, we agreed it was time for a field trip.

We all took a boat trip to the nearby town of Santiago Atitlán to visit the effigy of Maximón. The shrine that houses his effigy moves to a different house during Semana Santa each year.

Maximón is a bit different than your classic saint. The preferred offerings aside from candles are alcohol, money and cigarettes. Visitors to the shrine can as much petition him for luck as ask for a curse to be placed on an enemy.

Foreign visitors tend to think of him as a bit of a drunk womaniser who is now inexplicably revered by people living in the highland regions of Guatemala. Some of the myths surrounding his origins support this. Specifically the one about how while the men were out working in the fields, the booze swigging, chain-smoking Maximón rolled into town and slept with all their wives. (Apparently the reason his effigy is lacking arms and legs is due to the punishment the husbands inflicted upon him after their return).

Locals don’t necessarily subscribe to this telling of the myth. Apparently Maximón is thought of as more of a protector/grandfather figure to the local people. A result of a mix of Mayan and Christian beliefs he originates from the Mayan Nahual ‘Mam’ but also blends traditions of a character known as San Simón and San Judas. The origins of his story may be vague and confusing, but it is agreed that this powerful character needs to be treated with respect.

Cross Maximón at your own peril as even mistreating a small effigy can make or break your success in life. Treat him well and you will reap the rewards. Neglect him at your own peril. We gave him the requested donation of a few quetzales to be allowed to take the above photo, so hopefully we are still in his good books.

The whole lake region is steeped in fascinating mythology. Sacred sites are dotted about the lake. From peaceful forest groves to entrances to mysterious lost cave systems.

There are stories of people who disappeared without a trace. If you are going through a time of stress and you start seeing wildlife acting strangely, you might want to watch your step. Seeing many unexpected animals acting uncharacteristically is considered a precursor for a time when the volcano will open up, like a portal to another dimension. A surefire way to make certain your family will be asking questions as to your whereabouts when you don’t show up for Smokin’ Joes all you can eat BBQ on Sundays.

See also  Not quite Guatemala—Part 3

The mysterious depths of the lake itself are always a good starting point for a legend.

The day will often start calm. The lake smooth like glass. Then suddenly, around midday the mysterious Xocomil wind. Rumoured to be caused by the meeting of the souls of two drowned ‘Romeo and Juliet’ style lovers who’s were claimed by the lake when they snuck away to meet away from their disapproving warring kingdoms. Meteorologists would tell us that this wind is caused by a meeting of cold air from the north and warm air from the coast. But that would be why meteorologists typically don’t write good novels.

The lake is nearly 340m deep. Some believe that far beneath the surface as the Xocomil wind stirs the white-capped waves a monster awakens. Dragging hapless souls who stray too far into a watery grave.

Not all mysterious tales of this lake are just in the realm of myth and spirituality. The myth of a sunken city beneath the surface of the lake was finally proven to be a reality. Samabaj is an ancient Mayan ceremonial site now submerged in this mysterious lake. 17m below the surface, Samabaj was located on an island before the lake levels rose. Lost beneath the surface some 1700 years ago, it was finally rediscovered in 1996 by a local scuba diver, after whom the site is named.

The lake level itself is constantly changing.

It is thought that the rise in lake levels that caused the city of Samabaj to be swallowed by the advancing waters was caused by underwater drainage outlets being blocked by a landslide.

In 1976 a magnitude 7.5 earthquake struck. Causing death and destruction throughout the region, it also fractured the lake bed. This caused the sudden drainage of a surprising amount of water. Lake levels lowered two metres in only one month.

Over time, people took advantage of the new shore frontage. Building closer and closer to the freshly shrunken shoreline. Then slowly over time the lake began to reclaim its territory. One by one these new homes, shops, gardens and basket ball courts were reclaimed by the waters.

Many speak of Atitlán like it is a living, breathing thing. The lake is the centre of everything here. Providing a transport link between the towns dotted about the shifting shoreline. The lake also provides fish, water, somewhere to wash, to swim, to relax an ever changing background to a life in the lakeside towns. The towns bustling with locals in different styles of traditional Mayan dress providing a modern day link to an ancient past. Atitlán is ringed by volcanic peaks. A surface smooth as a mirror in the mornings with mysterious afternoon winds stirring up powerful waves in the afternoons. It is no wonder this place has inspired so many mysterious tales and continues to attract more visitors every year.

But does it taste any better if it has been cooked in the heat radiating from the depths of the liquid interior of the earth itself?

This seems like a question that needs to be investigated further.

I apreaciat your kind of comments, like Atitlan, we’we been there, an yes we where, astonished by so mutch beautifull, peacefull atmosphere… panamericanissimo’ yours

I just learned so much for their post!! It’s effing gorgeous. Missing you guys and hoping you will come back here to visit us. 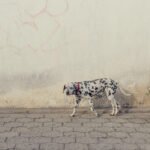 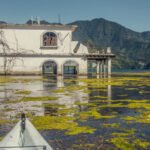