Mechanical woes and the road to Oaxaca

When your brakes fail, it might as well be on a winding mountain pass with sheer drop offs and hairpin bends. Even better if it is a pass that climbs from near to sea level up to almost 3000m, before dropping back down to below 1500m. (That’s pushing 10,000′ before returning to less than 5000′ for those of you who have not gleefully embraced the metric system.)

We had plans to arrive in Santa Maria del Tule, just out of Oaxaca. Our destination was a well-known camping spot called ‘Overlander Oasis’. We were hoping to stay for 3 weeks (the longest we had stayed put anywhere for a year). The plan was to work on a bit of basic vehicle maintenance. Well that, and an interior upgrade to accommodate our new ‘digitally nomadic‘ lifestyle.

We had been travelling at what had been a pretty hectic pace for the preceding 12 months. We’d slowed down for a couple of week-long breaks from constant travel in the past, but never this long. It was a chance to hit reset on our trip and get ready for the next 12 months of excitement as best we could.

What we hadn’t planned for was the difficulty keeping the 4Runner functional at all. It was in fact going to be a challenge to arrive at Overlander Oasis in one piece.

Calvin and Leanne are a Canadian couple who have been living in Mexico for several years now. They have cut out a bit of a niche offering camping for overland travellers such as ourselves. The spot has a bit of reputation as a haven for working on your vehicle. Or, if needs be, improving, tweaking, adjusting or entirely upgrading your setup.

But I digress, we are getting ahead of ourselves here. This ‘oasis’ was the goal. The day came when we expected to be relaxing in Calvin and Leanne’s back yard. We instead found ourselves navigating high, winding mountain passes—sans brakes.

The kind of high mountain passes with a lot of signs like this.

Of course,  the journey doesn’t start there.

It conveniently starts in the car park of a fancy hotel back close to sea level in Tuxtepec.

The brakes weren’t, well, stopping us. Which is pretty much their main role in keeping us on the road. We hoped it was just due to driving through the abundant surface water during a tropical downpour.  We hoped that if we gave whatever sensor was playing up a chance to dry out and we’d be back in business.

There was nothing for it. We just had to check in for a relaxing night of clean sheets and hot showers and deal with the issue in the morning.

In the morning however, dodgy brakes now included the screeching of a blaring dashboard alarm.

Yeah. That could get annoying.

That and the dashboard lit up like a Christmas tree.

We miss our old truck without all the electronics.

We feared it was an electronic issue. With the limited resources we had, Ben was unable to see any obvious mechanical flaws that would be causing it. We tried the few potential fixes we could manage in the parking lot, but none of them seemed to be doing the trick.

We talked to the staff at the hotel as best we could about the issue. At this stage in our journey our Spanish was particularly sub-standard. However, when we indicated our planned destination for the day, it was not necessary to speak Spanish to understand the response. Their horrified faces said it wasn’t the best idea. Also, the hand gestures for ‘windy steep mountain pass with terrifying sheer drops, leading to certain death’ transcend verbal language.

A chap with a nice jeep parked next to us in the car park offered to take us to his mechanic friend. We hoped he could have a look at the brakes and see if he could see anything that we couldn’t.

So we rolled cautiously out into the chaotic traffic.

The drive started with a harrowing trip full circle around a round about. This was followed by several minutes of zigzagging across lanes of traffic to avoid hazards. Before rolling to a gentle halt at some traffic lights.

Suddenly, the alarms stopped, the brakes started working effectively again. Good news. Sort of. We had to explain to the mechanic that they weren’t working before, but now they were.

As to be expected, he looked less-than-impressed that we were wasting his day on brakes that actually worked. He nonetheless set to work bleeding the brakes and checking everything he could. Which wasn’t much, considering that they were now of course, working perfectly.

We returned to the the fancy hotel parking lot with everything seeming AOK. It was generally agreed that it was now too late in the day to drive to our planned destination. So we settled in for a second night of luxury.

Well, mostly luxury, a cheaper room was available. We downgraded in order to ease the budget a little whilst still enjoying hot showers and clean sheets—still a win.

Although, there was that moment in the night when we were both pretty convinced that the hotel was, in fact, haunted. When something large brushes past your feet and your partner is still in bed asleep beside you, it is best not to over think. Just roll over go to sleep and realise that you both experienced the same thing in the night by the light of day.

That would be our second haunted hotel.

However, it was our first containing a poltergeist with a foot fetish.

The next morning the alarm was screeching in the dash yet again.

But a quick spin down the road in dangerous, chaotic Mexican traffic and all was in order. The alarms stopped, the brakes were working. Time to hit the terrifying mountain pass.

We drove for a while without incident.

Well, there was a minor incident when we stopped for coffee and couldn’t resist buying far to many lychees. But that is just your typical travelling incident.

We were high up in the mountains, well on our way to Santa Maria del Tule when the problem with the brakes returned. Rounding a corner, the brakes faded, the warning alarm was screeching—uh oh! The dashboard was forlornly flashing every warning light it could think of in an attempt to convey its dismay.

So what does one do in this situation? Miles from anywhere, high in a mountain pass, rock walls on one side, sheer drops on the other? Death waiting at every turn and a panicked warning alarm blaring?

Turn some Tom Petty on loud enough to drown out the warning alarm with a sing-along and hope it all gets better while you drive. Very, very carefully—of course.

This was our afternoon.

You can only go so fast when stopping is so hard to do.

All the while we held our breath wondering if the brakes were suddenly going to get worse. Would we lose any ability to even slow down as we rounded the ‘curvas peligrosas‘?

We wondered if it would be an easy repair.

We wondered if it would cost us several month’s budget to get back on the road.

We wondered if we were going to have to stop and camp on the side of the road and try to arrange a tow truck for the morning.

The clouds rolled in.

The chill in the air in the mountain passes made us crave comfort food. We soon realised we’d forgotten to eat anything all day— with the exception of several lychees and a disappointing Nescafe. We rolled to a cautious stop outside a road-side comedor perched high above the pine forest. Huddling close to our bowls of hot chicken broth, we contemplated the sinuous highway stretching out before us.

The afternoon wore on.

The sun sunk behind the mountains.

It had been seven very cautious hours of winding our way through the mountains of Oaxaca state. We were tired, we were bored of travelling at a snail’s pace. We were extremely excited about the prospect of not driving anywhere the next day.

We arrived at the gate of Overlander Oasis to the goofy, toothy grin of Morena.  She is the resident ‘one-dog welcoming committee’. We immediately felt a sense of relief.

The 4Runner had made it, we had arrived intact. Best of all—we could stop for a while and let our minds catch up with the preceding hectic twelve months of travel.

We were finally stopping—with or without brakes to assist in the process!

We rang the bell and to the gate came a smiling Canadian woman, who said—”You’re just in time for supper”.

(Supper as it happens, is Canadian for what Kiwis call ‘Tea’ and Americans call ‘Dinner’).

Whatever you call it, we found ourselves on the receiving end of some hot chicken curry and a goodbye cake for dessert. Edith, who had been staying there for a month, was leaving the next day. We had arrived mid-send-off.

We could not have been happier to have made it through the mountain passes and into the kitchen of Leanne and Calvin.

The town of Homer describes itself as the ‘quaint little drinking village with a fishing problem’. Or at least that is what the bumper stickers at the brewery said.

There is indeed a lot of fishing going on in the area. Everywhere you look someone is offering Halibut Charters. But we weren’t there to fish.

END_OF_DOCUMENT_TOKEN_TO_BE_REPLACED

As we’ve mentioned, we quite enjoyed Alaska, we didn’t want to miss our last opportunity for a visit, so we made the detour to Stewart and Hyder.

END_OF_DOCUMENT_TOKEN_TO_BE_REPLACED

Made me laugh out loud – again!

[…] had arrived with our brakes in a pretty sad state. Repairs would be necessary. We thought perhaps and extra week to get that sorted would be a good […]

[…] had arrived with our brakes in a pretty sad state. Repairs would be necessary. We thought perhaps and extra week to get that sorted would be a […] 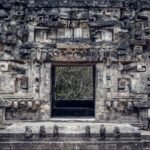 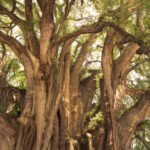