This year is shaping up to be a busy one.

We plan to leave on our Pan-American road trip in 2014, so we won’t be headed off on any extravagant overseas trips this year. We will be settling in and saving our money.

Doesn’t sound like very exciting blog material? Never fear, we are planning to walk the 100km Oxfam Trailwalkers in Taupo in April, so there will be plenty of photos and tales of woe from our training trips into the spectacular back country of New Zealand.

This will be the year that we make being thrifty a hobby and part ways with most of our material possessions as we prepare to downsize next year and move our lives into the back of a 4wd with the world as our backyard.

Our estimated date of departure is still over a year away (April or May 2014) but before then there is plenty to do, including finally resolving our claims with EQC and finishing the renovations to our house that have been on hold since the earthquake on September 4th 2010. We’re one of the lucky ones with our claim, only minor damage, but unfortunately that doesn’t make the claims process move any faster.

(For those of you not from Christchurch, EQC are the poorly managed government entity whose sole goal is tying insurance claims up in so much red tape that you’d think it was Christmas—which makes sense since Christmas 2015 is their goal date for resolving claims from an earthquake in 2010.)

After three years of saving and planning (probably not quite enough of either) the day finally came to leave on our journey. In the weeks leading up to this it was time to say goodbye, to friends, family, pets, places and all things familiar.

END_OF_DOCUMENT_TOKEN_TO_BE_REPLACED

Been busy preparing for our 100km Oxfam trail walk next weekend, trying to get the house insulated and ready to install carpet and get all our belongings packed up so that we can have our EQC repairs completed.

Somehow still found time to sit in the back yard and take photos of bees as they land on flowers. At least this one was a success ? 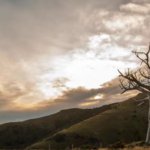