A short roll down the coast to La Bufadora, just south of Ensenada had us arriving at what must have been the best deal for a campsite, $5 USD per night for hot showers, internet, flush toilets, a view of the setting sun and a rather friendly dog who made herself at home in our camp site. Probably because our dinner smelt delicious—but we prefer to believe that it was our charming company that encouraged her.

The area is called La Bufadora because of a sort of blow hole that spurts water skyward with the incoming waves.

It was ok. Probably not worth all the fanfare and the 500 metre gauntlet through retailers peddling booze, lollies, bread, clams, tacos, pharmaceuticals, hats, toys, clothes and photo opportunities with captive puma and lion cubs (not cool). Although the stalls and pushy sales people were perhaps more memorable than the blowhole.

Regardless of how spectacular the blowhole was or wasn’t, there was no denying that it was a beautiful stretch of coastline.

It had been on our first night camping in this area, when the wind and cool evening air had just chased us upstairs into the relative shelter of the tent that we heard a car roll up right next to us. We then heard a ‘hallooo’ from a voice we hadn’t heard for three months. It was Peter and Dace from izaicinajums.com who we had last seen in Vancouver as they prepared to depart on their Pan-American journey.

See also  The truth is out there

After a few nights at La Bufadora, we hit the road south with them, with plans to visit Parque Nacional San Pedro Martir. As it would happen, contrary to the rumours—Baja isn’t all sandy beaches and sunshine. They also have mountains.

First stop, however, was one more night on the coast in an abandoned campground.

Once we headed inland to the National Park, we found that camping at over 2000m, it got a little chilly at night. Huddled in our winter woolies, this was not the warm sandy beaches we were expecting from Baja at all.

The view however, was even better than on the coast. When we drove up the highest road in the park to Mexico’s National Astronomical Observatory, we could see as far as the sea of Cortez.

As we were heading up the road, a man in a ute waved for us to follow him. Despite our completely sub-standard Spanish, he managed to point out a few of the geographical features in the area while we wandered around the massive telescope dome.

He was even kind enough to let us inside for a peek at the telescope contained within the impressive dome. We didn’t get to play around with the equipment, but it was pretty neat to get a close-up look at the sizeable telescope. 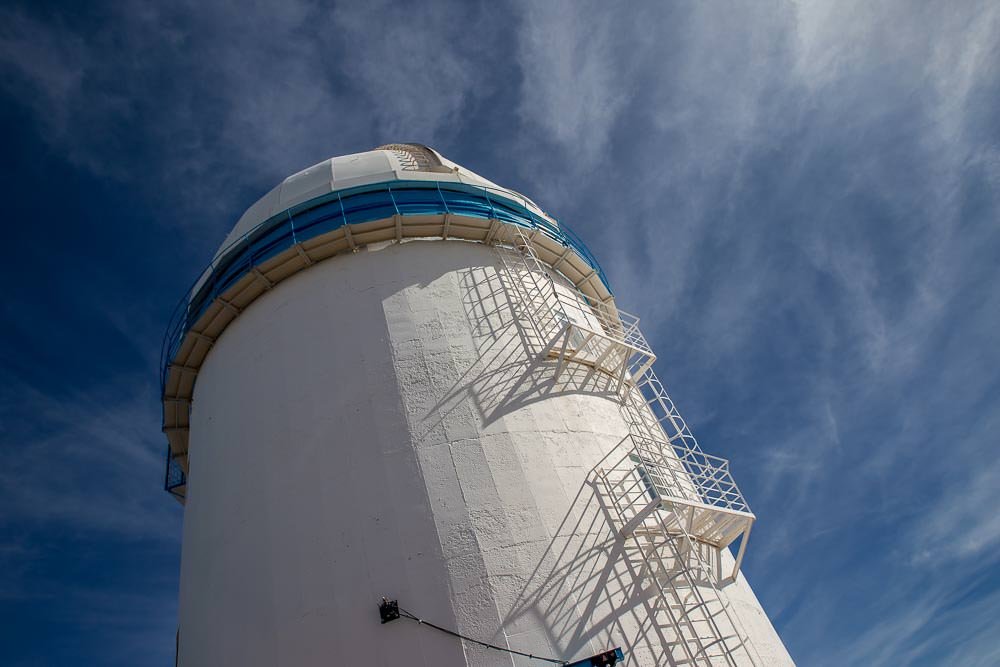 The glimpse we had of the Sea of Cortez from the top confirmed that our plan to drive from the National Park to San Felipe on the shores of the Sea of Cortez was a good one. Driving all the way back the way we came to get to the main road, just to get across the peninsula seemed like a silly plan though. We had no maps and as far as Javier, our GPS was concerned there were no navigable roads in the area.

See also  A night in a haunted motel

Luckily Peter and Dace not only had maps, but a more well-informed GPS. It still took a bit of guesswork and an accidental detour down a motorbike track, but we managed to find a ‘short cut’. 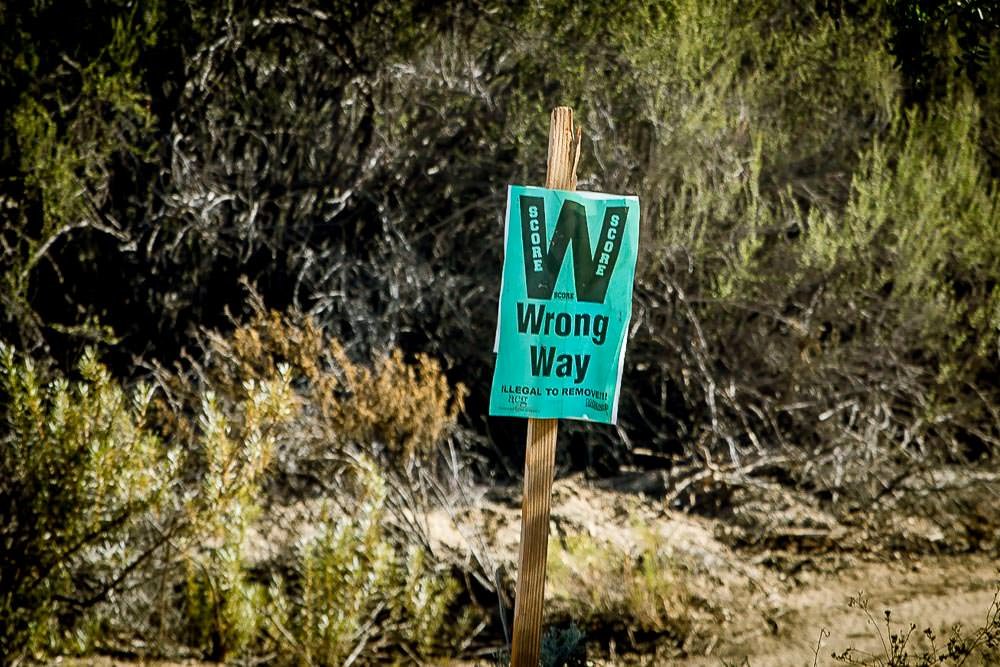 By short cut, I mean that we didn’t drive as far, but it still took hours to navigate the rocky, uneven roads, many of which were marked as sections of the Baja 500 route. I suspect the modified vehicles that were actually participating in the race managed a slightly faster pace than we did in our houses. The pots and pans rattled, the dust flew and the hours ticked by as we wound our way through uneven mountain roads.

After several dusty hours, we emerged back on the main road. Sure, it had taken just as long to take the ‘short cut’ but it had been a lot more fun. Now it was time to head back to the beaches of Baja that we had been expecting. Next stop—San Felipe! 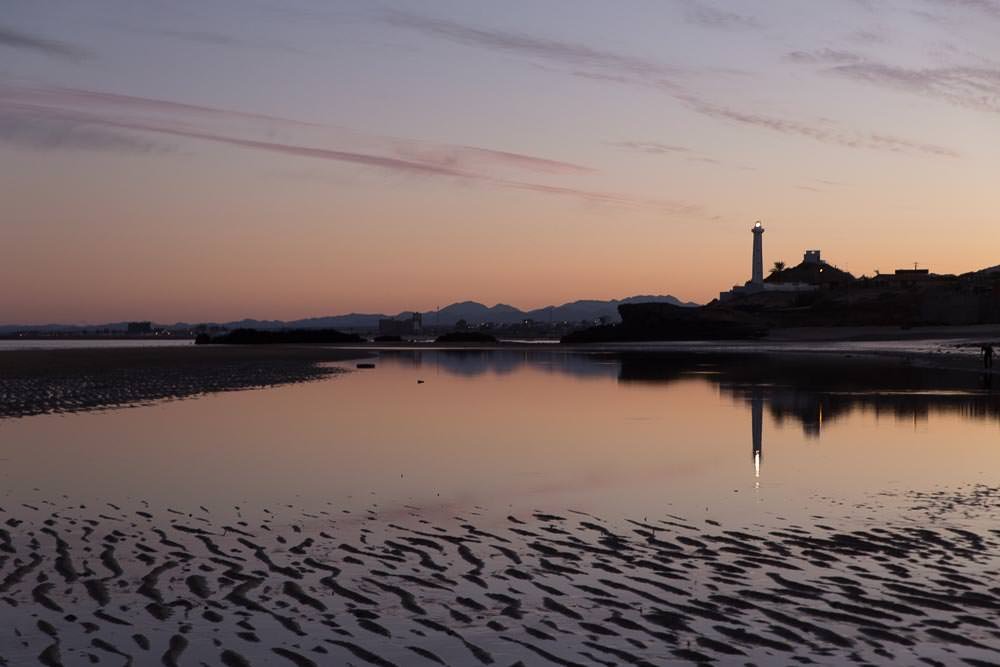 So how far can two overland monkeys with no maps get exploring the infamously labyrinthine roads of Mexico’s Copper Canyon region?

It turns out that they can make it pretty far.

END_OF_DOCUMENT_TOKEN_TO_BE_REPLACED

See also  Rather a long way from home

There comes a time in every traveller’s life when they feel the need to camp at the foot of an active volcano. Right?

Well, we did anyway.

END_OF_DOCUMENT_TOKEN_TO_BE_REPLACED

[…] find ourselves navigating winding and dusty back roads, such as those in the Copper Canyon or the Baja Peninsula. But what is even more of a challenge is winding our way through the narrow cobbled one way […] 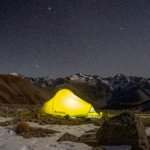