It started out calmly enough on the sunny (and not particularly steep) Hogsback track.

But like all good adventures, we took a detour.

Heading off track, we picked the steepest section of hillside to take us up the spur we would follow to Mt Izard. It only took a few minutes of uphill walking for me to remember that no, no I had not being doing enough exercise lately. My usual strategy of stopping for photos was proving to be insufficient to catch my breath and to be honest, the photos weren’t that great.

Luckily, it wasn’t that far to go to join the gentler main incline of the spur. (And an obvious spot for a first snack stop.) Ok, so it felt soul-crushingly far, but it was really only about 350m. Nothing that can’t be fixed with some chocolate and hot tea at any rate.

From there it was far easier going. We knew we’d be in for some wind as we joined the main ridge at the summit of Izard. Looking at the menacing towers of spindrift swirling over the tops, it wasn’t exactly looking inviting. But then, what’s a little wind, right?

As we neared the summit and started to step out of the shelter into the wind. It would be fair to say that we realised that it was not just a little wind. But then, the howling gale of doom, was only intermittent and it was still a gorgeously sunny day, with blue skies and fabulous views.

See also  On the road to Whistler

Also to the photographers in the group, it soon became apparent that the wind offered great photo opportunities. If you could just stand up straight in it long enough to push down the shutter button.

Before reaching the main ridge, there were still plenty of sheltered spots to enjoy the views without risk of accidentally being blown to Oz. Or a neighbouring valley. The one without the flying monkeys, I guess.

Once we reached the summit of Mt Izard though, it was… consistently breezy.

I’m not sure that the photos fully capture quite how blustery it was. By this point I was wearing too many layers of warm gloves to wrestle with my phone or the video settings on my camera. So unfortunately they’re all old timey non-moving pictures.

You will have to imagine the windiness.

If you’d like the experience without walking up a hill. I’d recommend standing in a walk in freezer and asking one friend to throw handfulls of ice cold gravel at your face while another attempts to push you over.

It was however, absolutely spectacular.

On several occasions we stopped to confirm that the whole group was keen to continue despite the wind. My opinion was relatively clear. The grin on my face was perhaps frozen on at this point, not just from the icy air, but simply because it really was a whole lot of fun.

As an added bonus we had clear views over the neighbouring valley (including frozen tarns) to the rocky summit of Mt Olympus. Zeus did not appear to be home. Possibly he had been blown away.

Upon reaching the junction with the spur we intended to descend, we had to make an important decision. Continue along the ridge through the walls of spindrift to the summit of Mt Cheeseman, or take the sensible option and return directly to the cars. 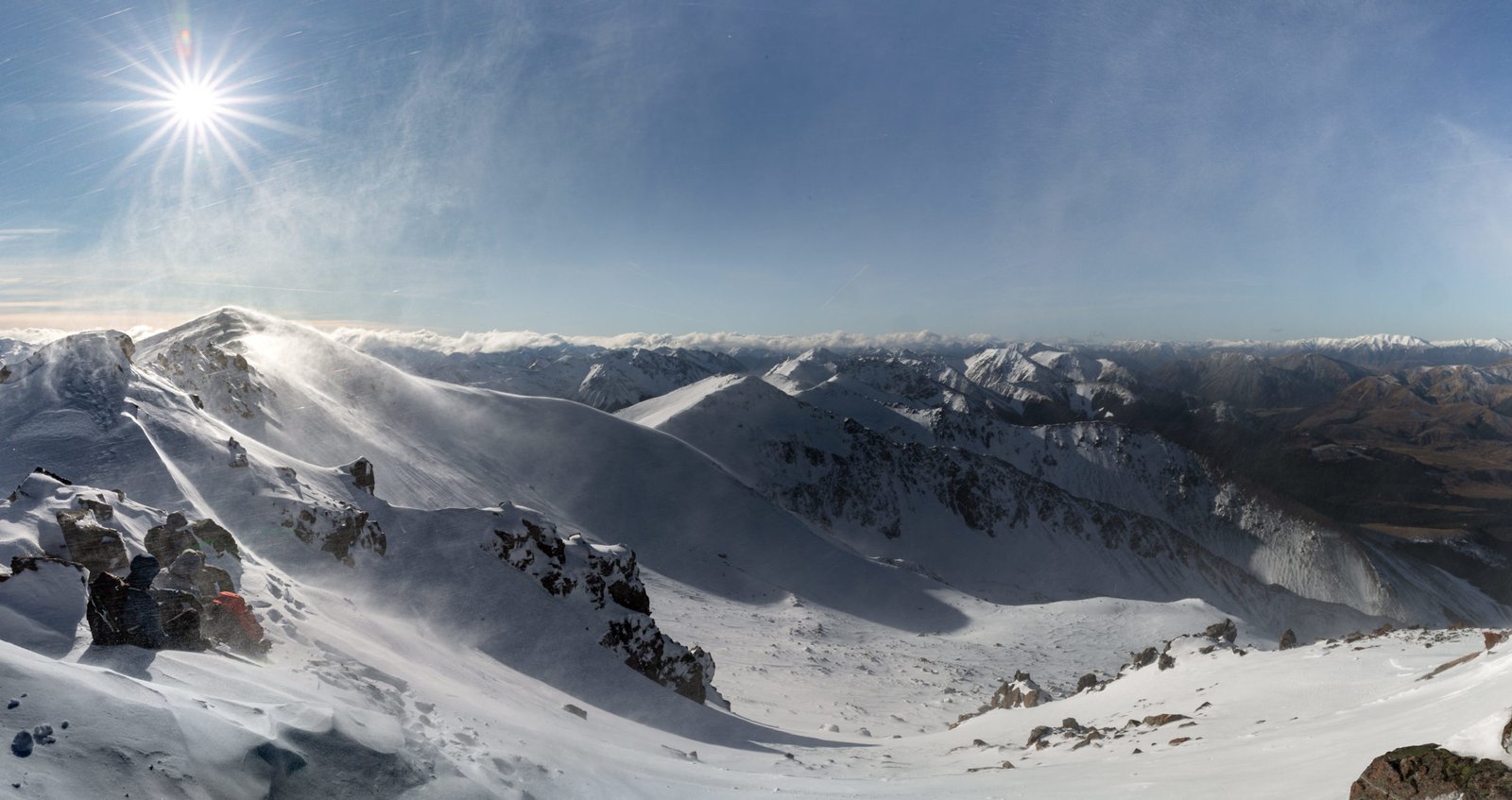 Of course, we continued into the wind.

By this point, it really was like walking into a sandblasting booth. I really had no idea what I was taking a photo of when I pointed the camera at something. The swirling snow and fog from my breath making it next to impossible to see through the viewfinder. But I’m pleased that at least some of the photos captured the atmosphere quite nicely in the end.

Once we were done with the sandblasting, we dropped down the spur, out of the wind and (ready for a fresh coat of paint) made our way back to the car.

And then to the pub. For chips. Of course, because that’s how all good adventures end.

There are so many adventurous options for alpine exploration available near Christchurch. It may seem a bit unimaginative to choose to climb the same hill twice within six months. But Mt Torlesse is an especially convenient peak for a day trip—and our local tramping club has run two trips up it already this year. Once in summer once in early winter. 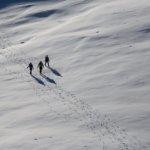