You’ve goat to be kidding me

A nice wander up Goat Hill. It either sounds:

I signed up for this trip with the local tramping club for two reasons:

However, after putting my name down for the trip—I began to doubt my choice. Nearly everyone who had been on the last Goat Hill excursion seemed traumatised. Descriptions like ‘steep’, ‘unrelenting’ ‘bleak’ and ‘miserable’ seemed unnervingly common .

The initial climb through the trees sounded like a near-vertical climb over slick tangled tree roots and damp moss. Mountain goat skills would apparently be required.

This vertical scramble was—I had been reliably informed—to be followed by a seemingly endless death march over loose, rocky terrain. All to arrive at a relatively unimpressive peak. That’s if we were even going to make it to the peak, apparently previous trips had run out of time and turned around en route.

As a result of this less than inspiring sales pitch, I was seriously questioning my life choices. Maybe it would be a good weekend to just stay home? Catch up on some Netflix? Clean some windows? Crochet a teapot warmer? Vacuum the cat…

In the end, despite my misgivings, I decided to give the walk a crack. Extreme trepidation is always the best frame of mind to embark on a new adventure, right?

It would seem, that the level of enjoyment associated with a walk uphill is in direct relation to the weather on the day. For us, the undergrowth was dry enough that walking was easy. It seemed like no time before we emerged above the tree line.

Even better, we emerged to clear blue skies. A vapour trail pointing directly at our destination.

A bit higher up, the steeper ground was well behind us. The wide, flat tussocky, rocky expanse was still covered in snow. There was just an easy trundle along a gentle incline to get there.

Well, there had been some warning about a tricky rocky bit… but the snow had filled in the gaps and made that a pleasant stroll as well.

I could write more about the walk, but in all honesty, it was entirely uneventful. A perfect day out in perfect weather enjoying the snow and scenery. It was an unhurried climb and decent with plenty of time for snacks and enjoying the scenery. All the stuff that makes for a terribly dull story— but a dull story doesn’t necessarily mean dull scenery!

So instead, here’s some photos:

I’m fairly certain that the people who told me how awful this trip was came out of their adventure with a much better story. It’s always the days that bring you to actual tears that make for the best tales.

But I’m happy to have come out of this one with a boring story and some bright, sunny photos. Maybe I’ll have to tempt fate and have another go, to see if it is more miserable next time?

Maybe you want to have a go and measure the misery levels for yourself? 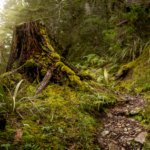 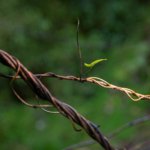